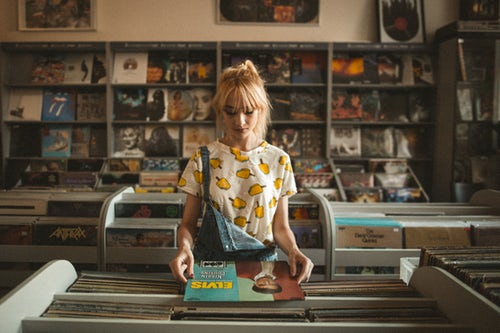 In practice it’s never going to be as simple as just picking what customers say they like the most without carefully considering your situation. If you’re going to use ‘well-known’ music you’ll need to think about what tracks to choose and whether they’re suitable given things like the poor sound on phone lines, any associations that performing artists may have, wait times, your brand, lyrics and customers’ reasons for calling – the list goes on. As one of our social media followers recently pointed out, Chris Rea’s ‘Driving home for Christmas’ was not what he wanted to hear when he had to call a breakdown service during the festive season.

You’ll also need to think about how what you’ve chosen will work with messages as well. We’re still analysing the results from a study about these at the moment. But, the early signs are that some types of messages are very well liked too.

We asked the well respected pollsters ICM to conduct a survey with over 2000 consumers to find out what they like (and don’t like) to hear waiting for their calls to be answered.

This blog covers non-message options including several types of original artist music such a ‘Well-known popular music’ and ‘Well-known classical music’. And, other things that callers often hear whilst waiting such as: ‘News’, ‘Music by unknown contemporary artists’, ‘Classical music’ ‘Telephone system music’ (the type of music that often comes free with phone systems), ‘Silence’ and ‘Ring tones’.

So we could understand the big picture the survey was representative of 18+ adults in Great Britain in terms of gender, age, region and social grade. But, because we’ve also got a breakdown of responses by these categories, we can also spot smaller trends like preferences by age and social grade.

If you’ve a good understanding of the demographics of your callers we can use this information to create waiting experiences that better match your customers’ likely preferences.

Consumers said that they most like to hear well-known music

In our survey the option that most people liked was ‘Well-known popular music from any period’. This was closely followed by ‘Well-known classical music’ and ‘Well-known music from the last year’. What do these categories actually mean when it comes to artists? Maybe think of the top 3 as Elvis Presley, Luciano Pavarotti and Katy Perry.

We also thought that it would be interesting to see if the reason for calling made any difference to consumers’ preferences. So, we asked the same question in 2 scenarios: ‘when waiting to buy something’ and ‘when waiting to get help with a product or service bought previously’. The Top 3 stayed the same for both, so preferences for both sales and service lines could be similar.

It was revealing to see that 11% of people said that well-known popular music would not only make their wait more acceptable but may make them more prepared to wait a little longer (it was the best performing of all the options). In simple terms that could mean less abandonment, something that a previous study by Leicester University also found.

We were slightly surprised to see the strong overall liking for ‘Well-known classical music’, coming in at number two in our top three. When we break the data down by age groups you can see what’s behind this: a very strong preference for it in the 55-65 and 65+ groups.

The difference between ‘Well-known popular music from any period’ and ‘Well-known popular music from the last year’ is thought provoking as well. In the younger age groups the results for both music types are very close together (you can see that they actually change position in the 35-44 group). But, the difference seems to grow steadily in the older age categories.
‘Telephone system music’ and ‘Silence’ were most likely to cause callers to hang up

The research also asked consumers what they didn’t like to hear, and what may make them hang up. Perhaps not surprisingly ‘Silence’ was bottom of this list at 49%. But ‘Telephone system music’ was next. An alarming 28% of respondents said that they may hang up because of it. That’s worrying news for anyone who’s using music that came free with their phone system.

What does it all mean for you?There are always going to be times when a customer will have to wait. Or, if you have a call back system, may actually prefer to. Our survey shows that customers thought that well-known music would make that wait more acceptable. But, as I’ve said before, be careful. Think about your context, the actual tracks you’ll play and how you’ll use messages as well.When it comes to actually choosing well-known music there’s a huge range of artists and genres to choose from. Bear in mind the demographics of your audience – in our test age had a big influence on liking for classical music for example. We use music psychology to help identify what’s best.If you do use well-known music you’ll probably need a licence from both the PPL (formerly called Phonographic Performance Limited) and PRS (Performance Rights Society). These organisations collect royalties on behalf of the performers and writers of music so that they get paid for all their good work.Licensing can be a little complicated. If you want to mix and match tracks and / or combine music with foreground messages you’ll need to ask a licensed agent. Since MUSICLINE joined us recently we’re now the only company in the UK licensed by PPL to provide music compilations for phone lines. We’ll simplify the whole process for you, helping you to select appropriate music, dub messages and pay the royalties due.The other key point that the research highlights is that if you’re using ‘out of the box’ options that come with your phone system, be careful. ‘Silence’, ‘Ring Tones’ and ‘Telephone system music’ were the most disliked by callers with some indication that they may hang up if they hear them.

In this blog we’ve only included the big picture results as there simply isn’t room to cover everything. But, if you’d like more of the nitty gritty, or some advice on what’s most suitable for your customers, just get in touch.

Notes on the research

ICM interviewed a random sample of 2,005 adults aged 18+ in GB, online between 10th-12th October 2014. Surveys were conducted across the country and the results have been weighted to the profile of all adults. ICM is a member of the British Polling Council and abides by its rules. Further information at www.icmresearch.com.