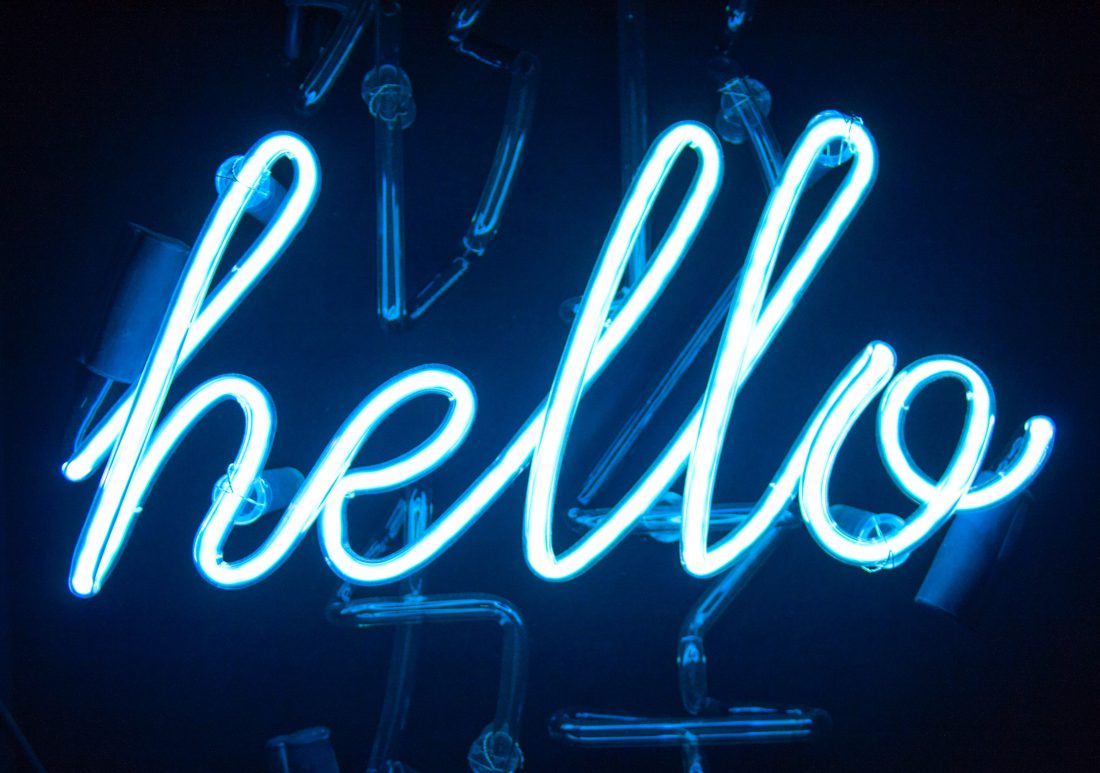 You had me at hello

One of the questions we get asked often is what greeting should be used when speaking and writing to customers.

Although we all seem sensitive to what greetings should be used (whether we’re greeting or being greeted) the rules for choosing them seem unclear at best. What used to be thought of as appropriate, for example a traditional ‘Dear Sir’, might now come across as too stuffy when showing warmth and being down to earth is what’s required by many brands. Equally a simple ‘Hi’ might be ok when answering a question, but for some sectors and reasons for contact (for example banking and answering a complaint) a little less familiarity might be needed.

Why are greetings a particularly sensitive issue? It may be because of the primacy effect (what we hear first we tend to remember) and politeness theoristssee it as the beginning of the negotiation of the all-important current ‘relationship’ we have with the person we’re writing or talking too.

In this blog, the first of two on the subject, we’ve looked at where customers find greetings inappropriate (i.e. which service channels). We’ve also delved into the data about email service to find out what bearing demographic factors have, such as age and gender.

As previously, the research was carried out for us by well-known market researchers ICM with a representative sample of 2000 people in the UK.

In the next blog we’ll look at what greetings are preferred, what happens if you use something that’s inappropriate and give you our tips for the perfect greeting.

From our survey it’s clear that the phone (77%) is where customers most often feel that they’re greeted inappropriately. This isn’t an occasional thing either, with 44% saying that it happens either Every, Most or Around half the time. That’s a sobering thought.

email, Face-to-face and text were next on the list with 70% to 68% saying they’ve been greeted in a way that they didn’t find fitting.

Interestingly it was the newer channels — social media and web chat (in particular) — that faired the best. One school of thought was that customers would be less likely to find greetings improper for the older channels (phone, email and face-to-face) as the precedents for these have been around longer. But, this was not supported by our study.

The last thing we looked at for the email channel was the gender divide. Men (74%) were significantly more likely to find a hello inapt than women (66%). Men were also far more likely to report that they were greeted inappropriately Every or Most times (22%).Men seem to find greetings inappropriate more often than women across all channels in our study. You remember that famous scene in Jerry Maguire, where Dorothy says to Jerry “You had me at hello”? Perhaps if Dorothy had been saying hello, things would’ve turned out differently.

Research notes
ICM interviewed a random sample of 2,000 adults aged 18+ in GB, online between 18 – 22 March 2016. Surveys were conducted across the country and the results have been weighted to the profile of all adults. ICM is a member of the British Polling Council and abides by its rules.  Further information at www.icmresearch.com.