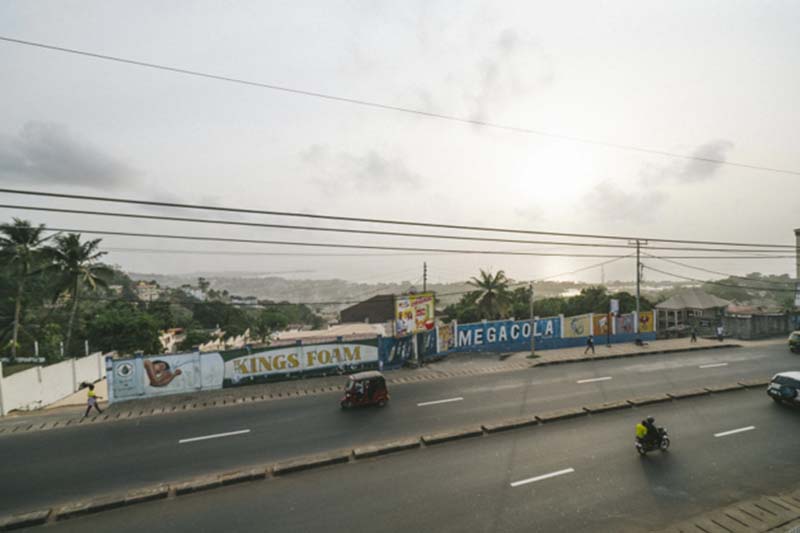 Sierra Leone: A country of diamonds; a language of gems

This Black History Month, we celebrate important people and events in the African diaspora, and where better than my motherland – one of three countries in the world to have been established by freed slaves – a country that has produced over 9 million carats of the world’s high-quality diamonds: Sierra Leone. On paper, this country appears a small, primitive nation. But, in actuality – it’s a country with a rich history and culture. Today, we explore this along with the many lessons we can learn.

Sierra Leone, aka Salone (Sal-own), is in the west of Africa, with Guinea bordering to the north and Liberia bordering the south.

Discovered in the 1400s by the Portuguese sailor Pedro De Sintra, the country was called “Serra Lyoa,” which translates to “Lion mountains,” referring to the range of hills surrounding the harbour.

Sierra Leone is one of three countries to be created by repatriated slaves coming from America. After the abolishment of Slavery, Descendants of first-generation slaves were sent back to Sierra Leone to live, hence the name of the country’s capital, “Freetown.” But – years of Slavery in foreign land led to these descendants adopting the language of the land they lived in, so once they returned home, this left two speaking groups: tribal and English. To communicate, they needed to create a new language: Krio.

According to Translators Without Borders, Sierra Leone has 18 major languages. Krio is the most used, but only 10% speak it as their primary language. Since 2005, the most common language was the Mendes (32%) and Themnes (30%); yet, English is the official language used in schools, the government, administrations and media.

Krio is an English-based creole used in Sierra Leone as a Lingua Franca. It symbolises identity – but because English is the official language used in academics, it’s viewed as distortion. Nonetheless, Krio is still the formal language for people who cannot speak English.

An interesting fact of Krio is 80% of its vocabulary is from English. For example, bagin means “Bargain,” biskit means “biscuit” and gladi means “happy.”

Although the language is from a mix of English and native phrases, the version of Krio differs according to the region:

The western region is where the country’s capital is (Freetown) and is home to most people educated in the UK. These Krios often have British first and last names and speak with a Krio that Westerners can understand. They also speak the best fluent English in the country.

Other regions speak with a Krio that adopts more tribal phrases, making it harder to digest.

In 1996 – 2002, Sierra Leone was victim to a devastating civil war that left the country in a state they’re still recovering from today. As a result, 43% of the country lives below the poverty line, a significant decline from 54.3% in 2011.

Many people work low-skill labour jobs such as mining, fishing and agriculture; nonetheless, there’s a beauty in the struggle.

In 2021, Vision Of Humanity named Sierra Leone the 4th most peaceful country in Africa and the 46th most peaceful globally. This reflects in their language and common phrases.

Language and phrases in Sierra Leone encourage acts of service and reassurance. For example, a common Phrase used every day is, “ah dey wit yu,” meaning “I am with you” or “I will help you.” Another phrase used is “Nor worry,” meaning “Don’t worry,” heard in most day-to-day conversations.

These statements, along with body mannerisms, are used to build bonds and trust between communities, which makes life easier for a tribe of people living below means – but what can we learn from this?

Today, Sierra Leone has a lot more exposure and Krio is more recognised. For Example, in Kanye West’s 2005 Grammy award-winning song, “Diamonds From Sierra Leone,” Krio is used in the intro.

I visited Sierra Leone earlier this year and was amazed at the many white-sand beaches and exotic fruits. I also have an exciting feeling for the nation’s prospect, with various new buildings and projects in the coming years. I intend on revisiting this December. I love my heritage and I’m committed to contributing to their economy as much as here in the UK.