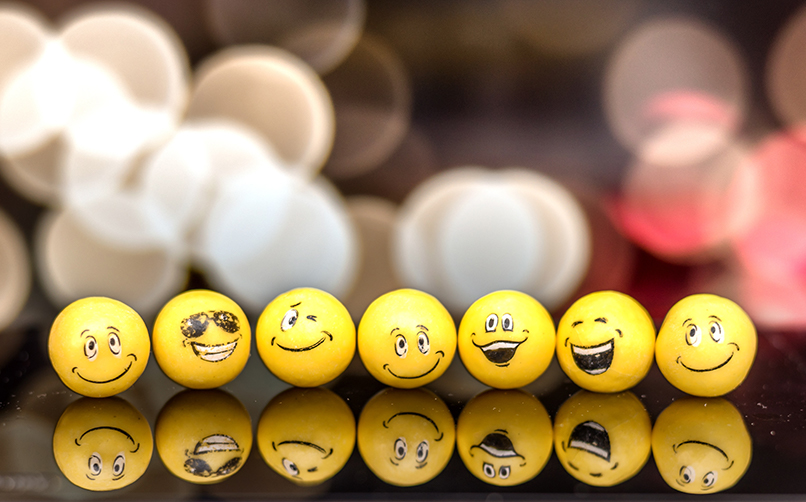 Service with a smiley?

If you had to choose what was the most significant change in the written word over the last 20 years then the use of smileys, emoticons and emojis might well be it. Although the use of pictograms in writing dates back hundreds of years, it’s within this digital age of webchat, texts, email and social media that they’ve really taken off.

Instagram recently said that 50% of posts on their social media platform used emojis. Based on a UK study researchers at Bangor University also say that they’re the fastest growing language in history. This upsurge is put down to the fact that they can easily be understood in all cultures, allow writers to express more complex emotions clearly and are free to spread – at the speed of light – across a population that’s now continually connected by the internet.

As they’ve become such a regular part of our personal lives you might expect that we want to see smileys, emoticons and emojis in service communications too. However when we recently ran a study looking at webchat it showed customers weren’t quite as happy about businesses using smileys and emoticons as you might think. When we also saw this poll by YouGov – saying that consumers thought businesses are trying too hard with emojis – we thought it was worth finding out what people really think about emoticons and smileys being used in written service communications of all types.

The results below are what we found for emails, social media and letters. If you’d like to know what customers said when it comes to texts and webchat – drop us a line:

Emoticons are least wanted in the older written service channels

Perhaps not surprisingly letters were where customers least wanted to see a smiley or emoticon and Social Media was where they were wanted most. What also stands out is that including them in email wasn’t well liked with only 18% of consumers saying they wanted or preferred seeing them whilst 39% said they didn’t want them or preferred they weren’t used.

Younger age groups are more likely to prefer them, but not in emails

Across nearly every form of written service communication younger generations preferred emoticons more, with objection growing steadily with age. The one exception was email where 24% of the 18-24 group said they want / prefer them compared to 28% of the 25-35 age group. The view of the 18-24 age group to them being used in email was approaching that of them being used in letters. It may mean that this age group view emails in a similar way to letters – as something that requires a greater degree of formality.
Smileys are most at home in the South East

When it came to attitudes to emoticons within different regions there wasn’t a huge difference. But Wales / South West (46%) and Scotland (44%) was where they were least wanted and the South East had least objection (39%).
Gender isn’t a divide (for once)

In most of the studies we’ve completed previously there have been some differences in how women and men react. However, as far as emoticons and smileys go, there was no significant difference in opinion when it comes to letters, emails and social media.

Because smileys, emoticons and emojis have become such a regular part of our personal lives you might expect that we’d be happy to see them in service communications as well. But – as our study shows – as customers we’re much less keen overall.

Research notes
The consumer research was conducted for us by ICM. They interviewed a random sample of 2,001 GB adults aged 18+ online between 2nd – 4th December 2016. Surveys were conducted across the country and the results have been weighted to the profile of all adults. The worst case margin of error is ± 2.2% at a 95% confidence level. ICM is a member of the British Polling Council and abides by its rules you can find further information at www.icmresearch.com