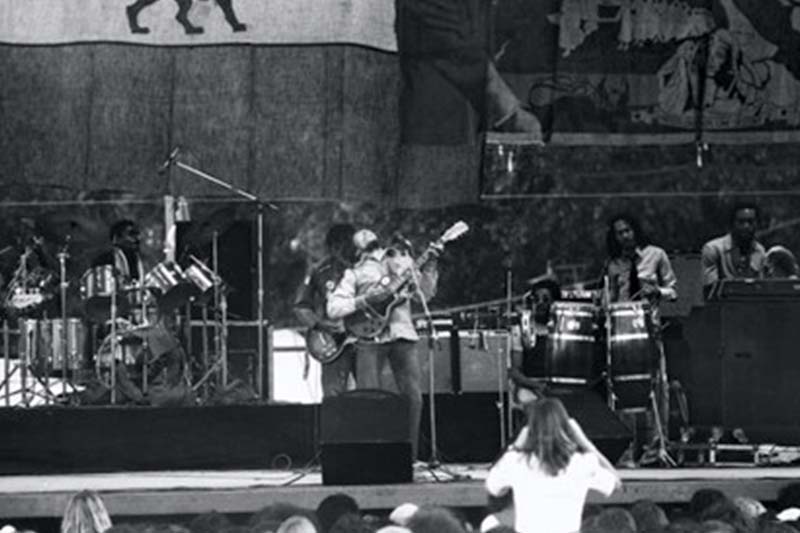 Black History Month – music to inspire and soothe your customers

Many of the styles on our playlist originate from Blues, born in the 1800s and founded in the Mississippi Delta of the American south.

In the 1800s, most blues musicians were farmworkers by day and would perform at Juke Joints by night. They would sing songs about life’s hardships and love.

To escape the misfortune of living in the south, many black communities migrated to the Northern regions of America – particularly Chicago. This caused blues to mix with other styles and inspire multiple genres such as Jazz, Rock’n’roll … and later house music.

Blues is based on a specific six or five-note piano scale progression, which differs from the seven-note scale we typically hear in western music. It also follows a twelve-bar progression based around three different chords played in a specific order. This style is found in multiple genres. For example, Elvis Presley’s recorded version of the blues song by Big Mama Thorton “Hound dog” & The Beatles “Can’t buy me love”.

Unconsciously, music has transcended and connected cultures, breaking social barriers in the process – but why is it so loved and addictive?

It ignites emotion in us, as well as its psychological effects:

Psychologically: Learned Association – Learned association proposes attaching it to particular emotions when listening to a specific music pattern. This could be happiness or sadness.

Emotionally: Healing – According to Psych2go, music can be medicinal. Firstly, it’s been found to help people suffering from brain damage by initiating neurogenesis (the birth of new brain cells). It’s also been seen to help children with Autism by teaching them to be more collaborative.

Would you like to update your track list this month with inspiring, soothing music? If so, contact me via hello@mazaru.com. Who knows, you may run into a few faves.